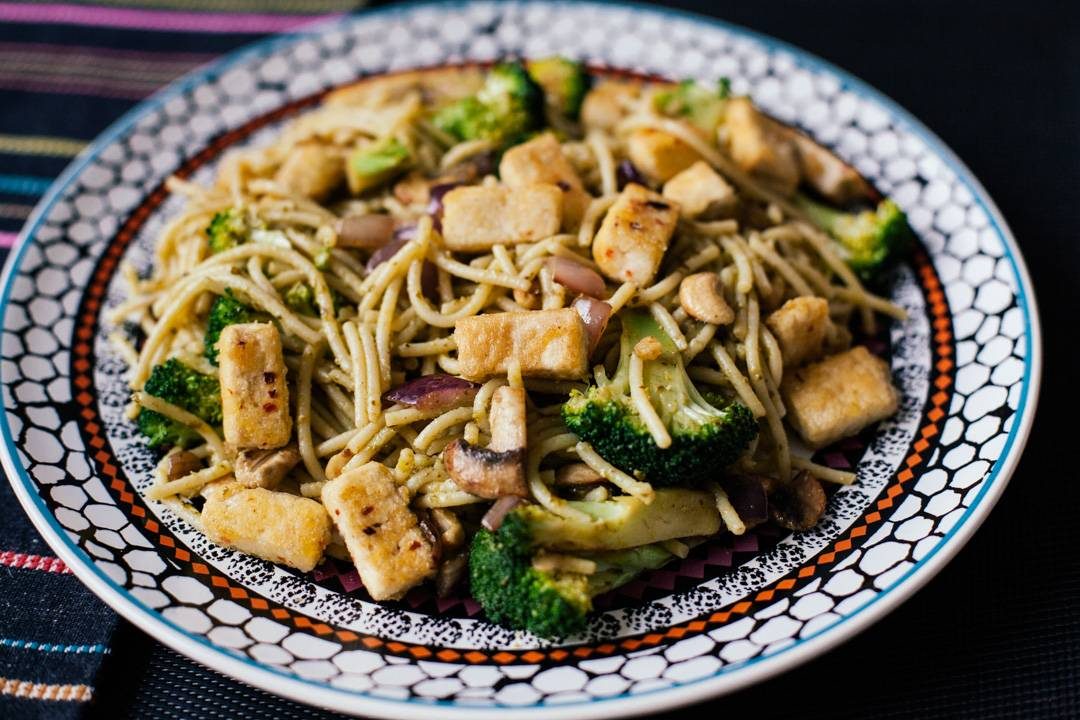 If you missed last week’s post, Transitioning to a Plant-Based Diet Made Easy, you might want to read that first. As the title suggests, I talk about the different ways in which to transition to a plant-based diet!

This week I’m looking at easy vegan food switches you can make during and after your transition.

Although being vegan and eating a plant-based diet, means you don’t consume anything that comes from an animal, most people instantly think about replacing meat. This is the big one. Although for me, it was the one thing I gave up easily and didn’t miss.

The most common meat alternative is tofu, followed by either seitan or tempeh. Tofu is tasteless, so just remember you’ll need to either marinate it or add some salt and pepper to flavour. And unlike seitan and tempeh, tofu doesn’t have a meaty texture, which is why I prefer it.

Seitan is made from wheat flour, so if you have an intolerance or allergy to wheat or gluten – give it a miss.

Meat is associated with protein, which is why tofu, seitan and tempeh are good alternatives. Although, out of the three, tempeh contains the highest amount.

Other easy vegan food switches include plant-based burgers, sausages, chicken nuggets and sandwich meats. Just like the meat-based versions, these are processed foods, so include them sparingly in your diet.

Check out your local supermarket for their own brand products. You’ll also find big brand names like Linda McCartney, Quorn and Cauldron. 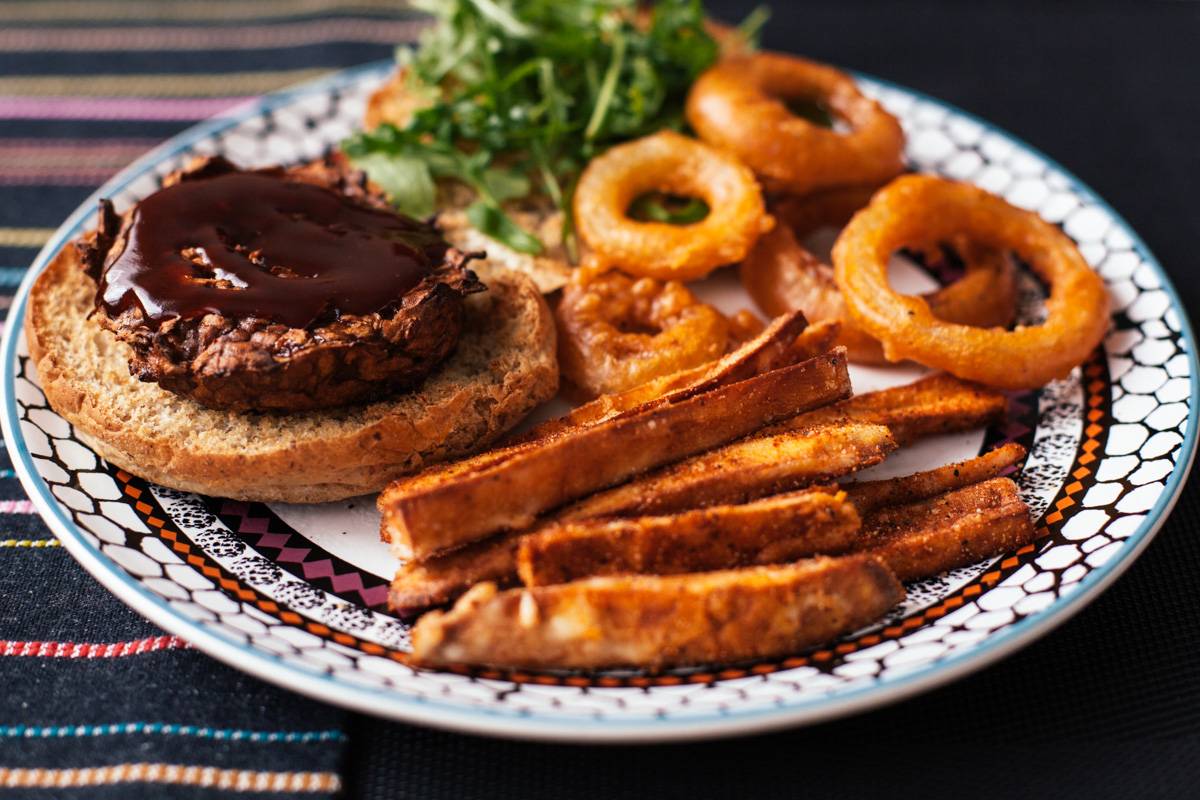 I know I’ve already mentioned tofu, but as it’s so versatile I wanted to include more information about it.  Apart from being used as a meat alternative, scrambled tofu is a popular alternative for scrambled eggs on toast.

It’s also available in varying levels of firmness. Silken tofu is a softer consistency and will fall apart easier than regular tofu. It’s also commonly used as a dairy substitute in vegan desserts and puddings, and works well in blended foods like smoothies.

Tofu is also widely used in soups and salads, and to make burgers with. For some inspiration, head over here to see some delicious recipes.

No longer are we restricted to just soya milk or almond milk. Food manufacturers have made it easier than ever to make the switch and with so many plant-based alternatives, you’ll be spoilt for choice.

If you’re looking for something a bit creamier to mimic dairy, try cashew, soya or coconut milk. If you’re concerned about your protein intake, try soya, oat or hemp milk.

Swap your dairy based yoghurt for a non-dairy version by Alpro instead. They do a range of vegan yoghurts and desserts, which are available in a variety of flavours, including caramel, chocolate, vanilla, coconut, almond and hazelnut.

Ben and Jerry’s, one of the world’s most famous ice-cream makers, have a range of non-dairy ice-cream. Known for their indulgent and sometimes perhaps a little random flavours, they now have four vegan options available: Peanut Butter and Cookies, Chunky Monkey, Chocolate Fudge Brownie and Coconutterly Caramel’d. My favourite is Peanut Butter and Cookies and Ian’s is Chunky Monkey.

But if you’re looking for a super indulgent dairy-free ice-cream, and want to support a company that is completely vegan, check out Booja Booja. Their Caramel Pecan Praline ice-cream is possibly the tastiest plant-based ice-cream I’ve ever had. They even make chocolates!

Magnum have recently released a vegan version of their classic ice-cream, covered in chocolate. They describe it as delicious and velvety plant-based ice-cream. They’ve also made a statement to say that they’re working closely with the Rainforest Alliance, to make sure all their cocoa beans are responsibly sourced.

Dairy free cheese has become just as easy to buy as well. And again, you’ll find own brand supermarket products alongside bigger brand names like Violife, Cheezly and MozzaRisella. Just like with dairy based cheese, this comes down to personal preference regarding strength of taste and smell.

Personally, I don’t like a strong cheese and my current favourite is Violife.

Zizzi, Prezzo, Pizza Hut and Pizza Express all have vegan cheese options now, and even Asda offer vegan cheese at some of their pizza counters. You might need to call your local store in advance and check they have it. 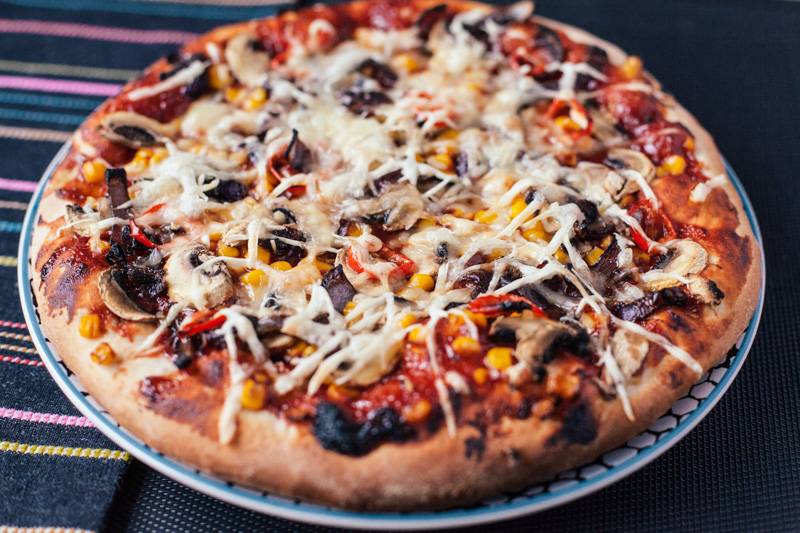 Ah, the honey debate. Some vegans eat it, and some don’t. If you fall into the don’t camp, you can use agave nectar or maple syrup as an alternative in baking etc.

They’re both sugar and don’t really have any nutritional benefits, so like any sugar, they should be used sparingly in your diet. Although, if you look at the research, maple syrup comes out on top (just) as the healthiest of the two because it contains a small amount of other vitamins and minerals.

It basically comes down to personal preference.

There are a few different options for mayonnaise. Until recently, Vegenaise was probably the most popular brand. But then Hellman’s jumped on the bandwagon. I’ve tried both, and personally Hellman’s is the winner for me. It’s not something I eat often, but when I do, there’s no competition. It’s Hellman’s all the way.

Other brands to try, include Mr. Organic and Chippa. Although, the consensus seems to be that Chippa tastes more like salad cream.

Whether eating out or eating at home, vegan pizza is one of the easiest things to replace. Asda offer vegan pizzas at some of the pizza counters – just phone your local store first to check before visiting.

Sainsbury’s was recently voted vegan retailer of the year, and you’ll find their own brand pizzas and plain pizza bases, alongside bigger name brands like White Rabbit.

Goodfellas also make a vegan falafel pizza, which you’ll find in the frozen section at your local supermarket.

There are many easy vegan food switches to help keep you on the right path. With new vegan options popping up daily, it’s easier than ever before to transition to a plant-based diet. Just make sure you put together a meal plan at the beginning of each week. When you know exactly what you’re eating, and which foods you’ll be replacing – a plan will help keep you on track, making sure you don’t feel tempted to cheat. 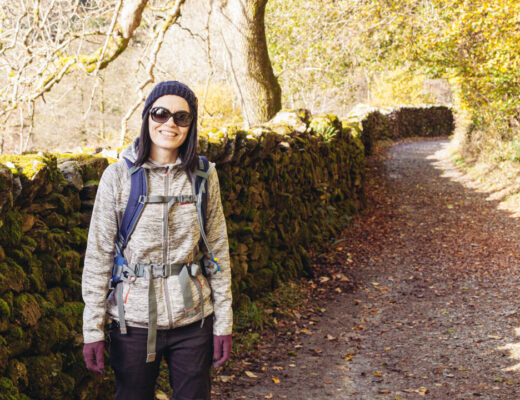 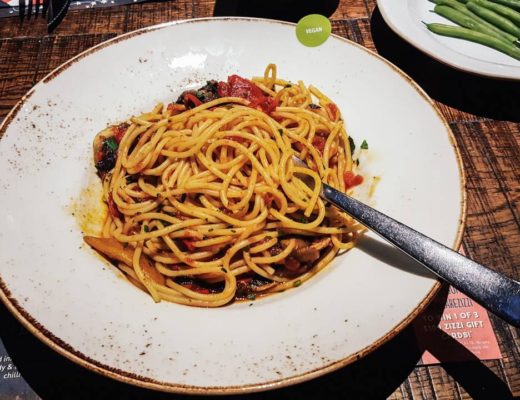 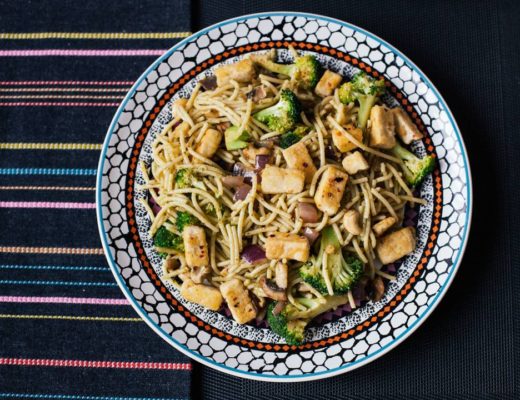