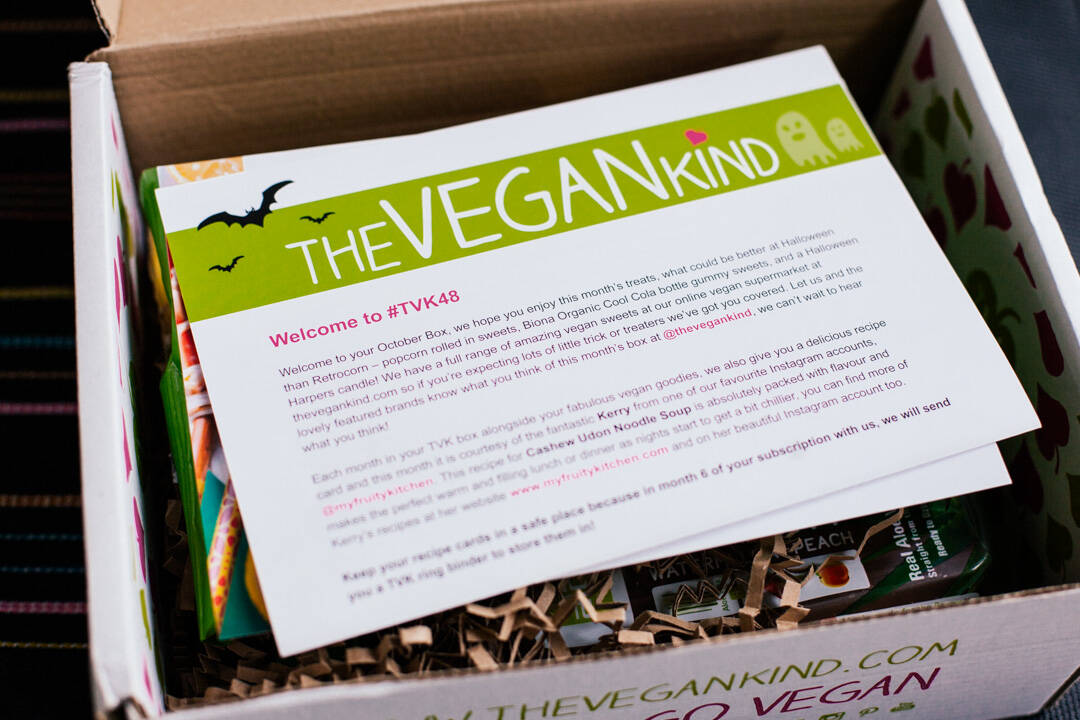 This month I took delivery of my second lifestyle subscription box from The Vegan Kind. Last month there were some incredibly tasty treats, but this month’s box was so yummy we’d eaten half of it the day after taking delivery!

So, I hear you ask. What was in October’s box? 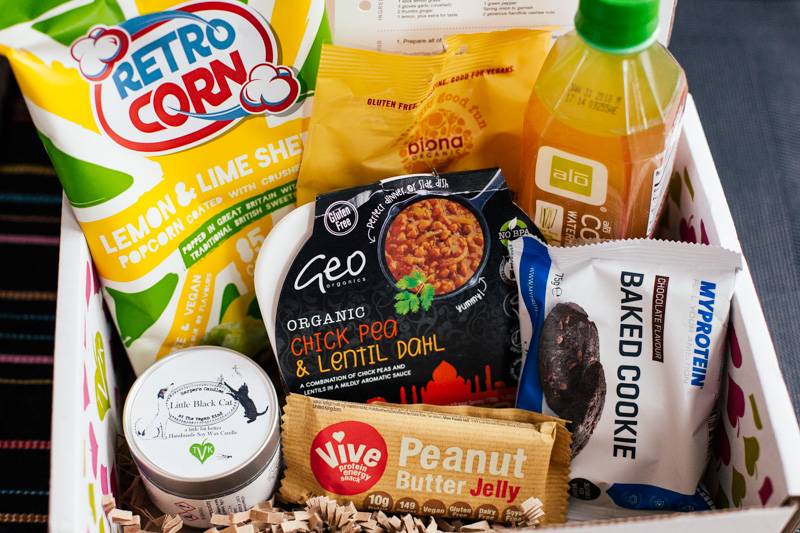 The day before The Vegan Kind box arrived, we’d been out walking in the Forest of Bowland. We’d celebrated our 10-year wedding anniversary a few days earlier, so we decided to end the week by walking Stocks Reservoir and then heading over to Zizzi at the Trafford Centre. I’m sure I’ve mentioned how much I love their vegan menu! After we’d eaten I was craving a chocolate cookie and started whining like a child. I want a cookie. Like Millie’s double chocolate chip cookies. But obviously with Millie’s not being vegan, they were out of the question – so we left empty handed.

Imagine my delight when the next day our lifestyle box arrived and it contained a MyProtein chocolate baked cookie. Oh. My. Rare. How tasty? Erm. Extremely. We scoffed this the next day as part of our post run snack. With 38g of carbs and 13g of protein, this is certainly something I can get on board with after a workout. It tasted so good I ordered a box of 12! Highly recommended. 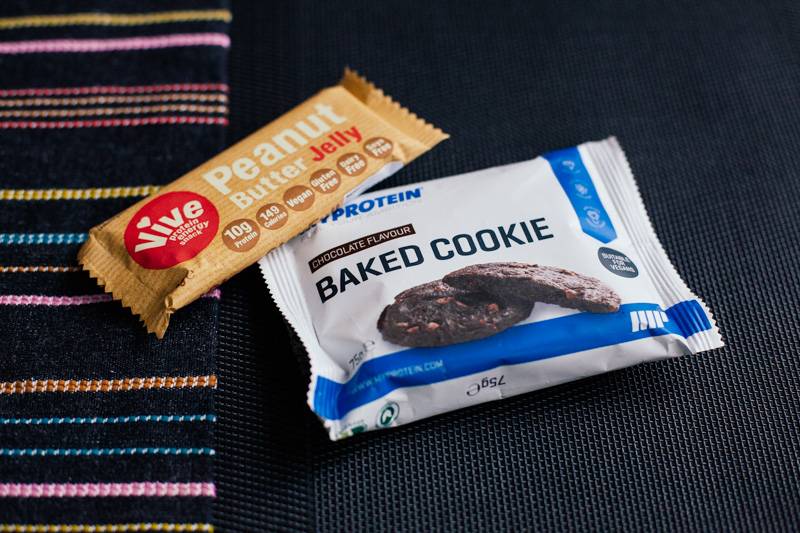 Something else I had been craving was popcorn. I’d been pondering out loud to Ian, asking if he knew where we could get some vegan popcorn from and once again, The Vegan Kind answered my cravings. When I saw the flavour, I was a little unsure to begin with. But once we busted these bad boys open there was no going back. They were really tasty and I’ll definitely be buying more in the future. 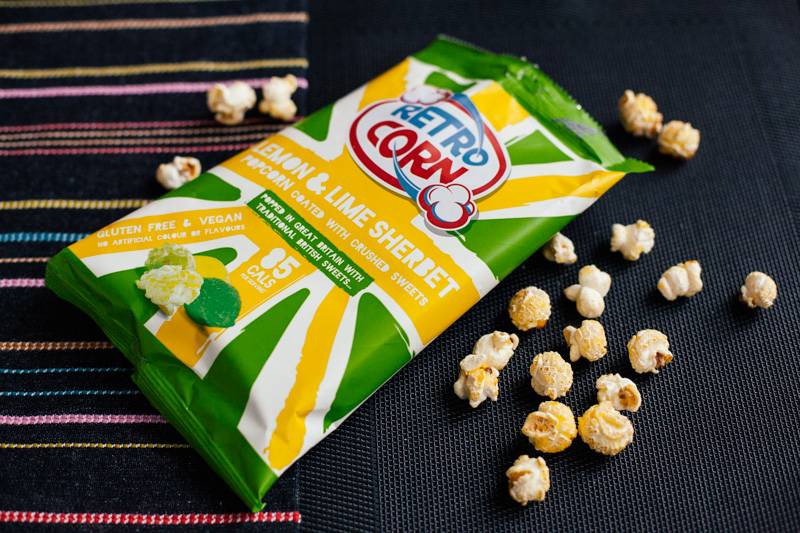 It was okay – but nothing spectacular. It had one of those weird textures where once you’ve chewed it, it’s not very easy to swallow. I found it far too dry for my liking, so I don’t think it’s something I’ll be buying in the future.

I was super excited about these. Vegan cola bottles. What’s not to love?

Admittedly, if they were fizzy vegan cola bottles they would have been perfect. But I really liked these and they worked well as our Saturday evening treat.

The smell!!! As soon as I saw the candle in the box I took the lid off so I could have a whiff. I couldn’t figure it out, but it smelt so amazing I wanted to eat it. Ha! It was movie night that night so I lit it and set it off burning for a few hours, letting the smell fill the room.

Later that night, I noticed Harper’s Candles had commented on my Instagram post that showed the full lifestyle box, so I took the opportunity to ask them what the smell was. It was English Autumn berries. No wonder it smelt so good.

Erm. No. Just, no. I’m not sure if it was aloe vera or watermelon pieces floating in this. Either way, it definitely didn’t float our boat. We didn’t even manage to finish it. It did not taste good.

Ah, chickpeas. My adversary. The peas I love to hate.

Last month’s box included some Cheeky P’s curry flavour roasted chickpeas. I immediately pulled a face like a cat licking a chilli and told Ian he could have them. Me and chickpeas are not buddies. But when Ian opened them and persuaded me to try a few, they tasted immense. I loved them. So, I thought maybe I’d made my peace with chickpeas.

I decided to crack open this chickpea and lentil dahl for my lunch one day, thinking I could pick out the chickpeas if I decided I didn’t like it. How wrong I was. So. Many. Chickpeas. It was in the title I suppose. I tried eating some, but only managed to get about a quarter of the way through before deciding I couldn’t eat any more. So, apparently dry roasted curry chickpeas are yummy, but normal cooked chickpeas are not.

At least I tried.

I don’t like coconut so I haven’t made this yet. But I’m thinking about swapping out the coconut milk for almond milk. I’ll experiment and then get back to you.

Charity of the month

This month’s charity is Tower Hills Stables Animal Sanctuary. I stumbled upon this a few months ago when I fell down the internet rabbit hole looking for vegan athletes and discovered the owner, Fiona Oakes.

Fiona runs marathons to raise awareness of the work she does for the animals and to show that being vegan doesn’t hinder athletic performance in any way.

10p from every box sold this month goes to Fiona’s animal sanctuary, which she runs with her partner Martin and her mum, Meg.

I’m really happy with this month’s box and I still love the whole concept. I’ve discovered some really tasty vegan foods that I wouldn’t have otherwise known existed.

I love that The Vegan Kind are giving something back each month by donating to a chosen charity/campaign. This also makes me wish I was in a position to open an animal sanctuary and save all the animals. We visited Bleakholt Animal Sanctuary at the weekend looking for a cat for my friend, and all I wanted to do was take the animals home and care for them. The woes of being a vegan eh? Maybe one day my animal sanctuary dreams will come true. 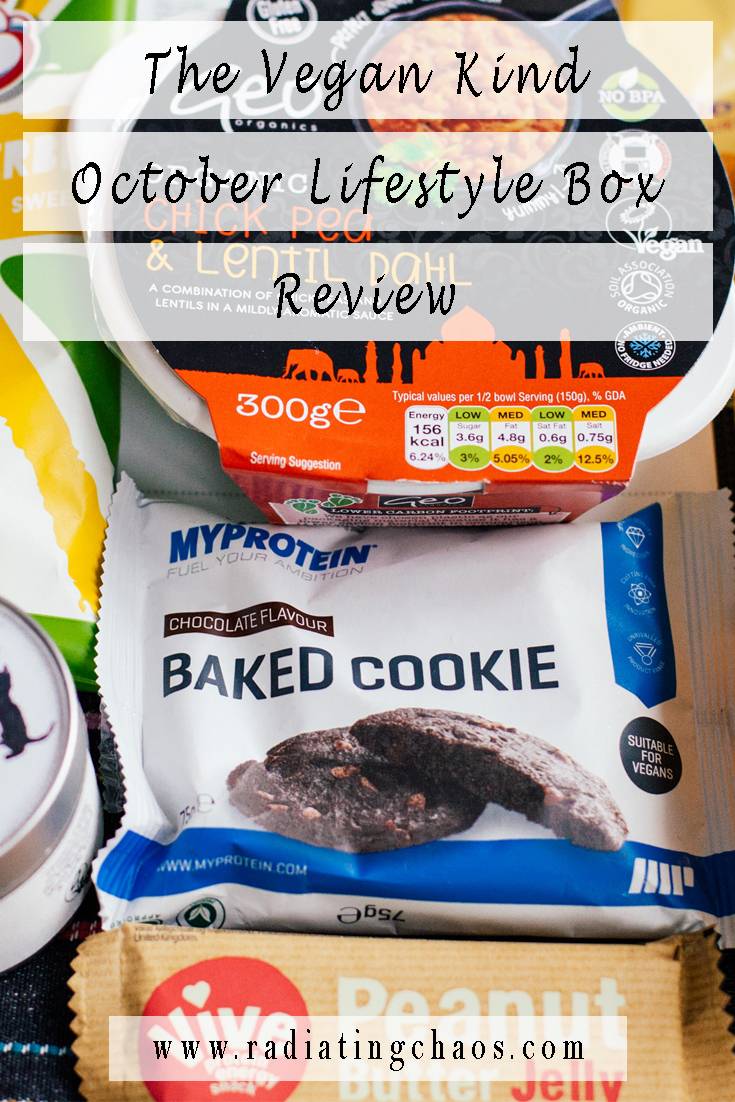 I am an affiliate of The Vegan Kind. If you purchase something from them through a link on my blog, I’ll get a small commission at no extra cost to you. 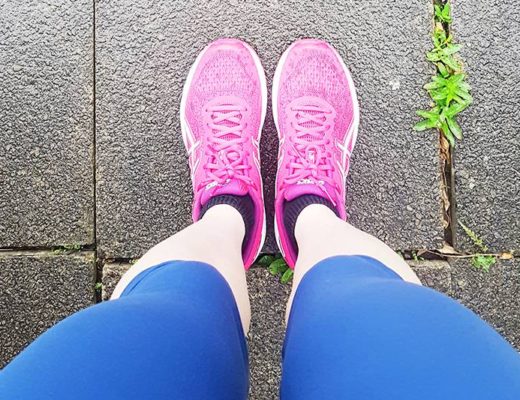