As I tentatively step into the second week of January, I find myself looking back over the past 12 months. I know some people like to reflect between Christmas and New Year, but for me, I like to see the old year out and welcome the new one in before I check my rear-view mirror.

Personally, I found 2016 to be an uphill struggle and the hustle was hard. Given the opportunity, I would have run away about 15 times (a week). On the surface, I probably looked like I was doing okay. But then it’s easy to filter out the crap and just portray the shiny stuff across social media, right? And apart from that, I’m not sure a blog full to the brim of tantrums, snot, tears and the occasional meltdown would make for good reading. Or maybe it would, who knows.

But although at times it was quite tough, it was also filled with a few milestones and some happy memories. 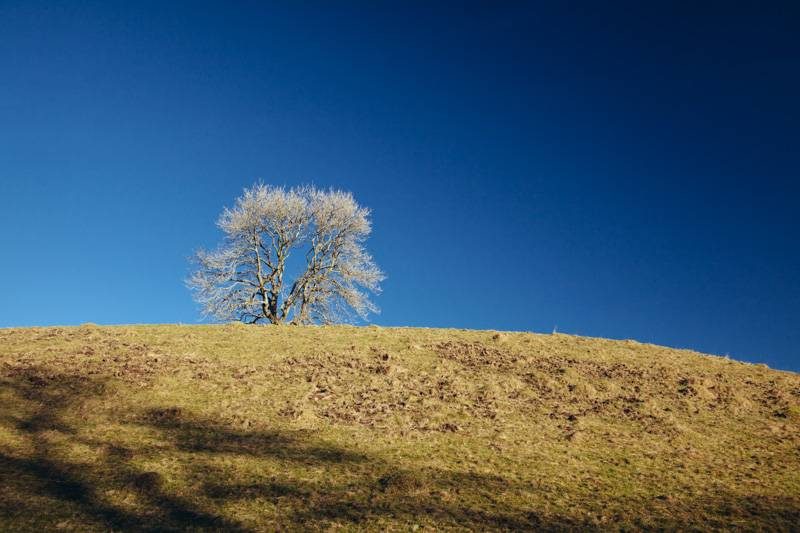 I completed a half-marathon

Yes! This was definitely a big win for me last year. It’s something I’d been wanting to do for so long, but with the joint issues I have I didn’t know if it would be possible. With a proper training plan and some careful planning, I managed to do it – and there were only a couple of injuries along the way. Running with my partner in crime, also known as my husband, Ian, we completed the Chester half-marathon in 2hrs 19mins 44 secs. Our aim was for 2 hrs 15 mins, so we were both really pleased with the result. 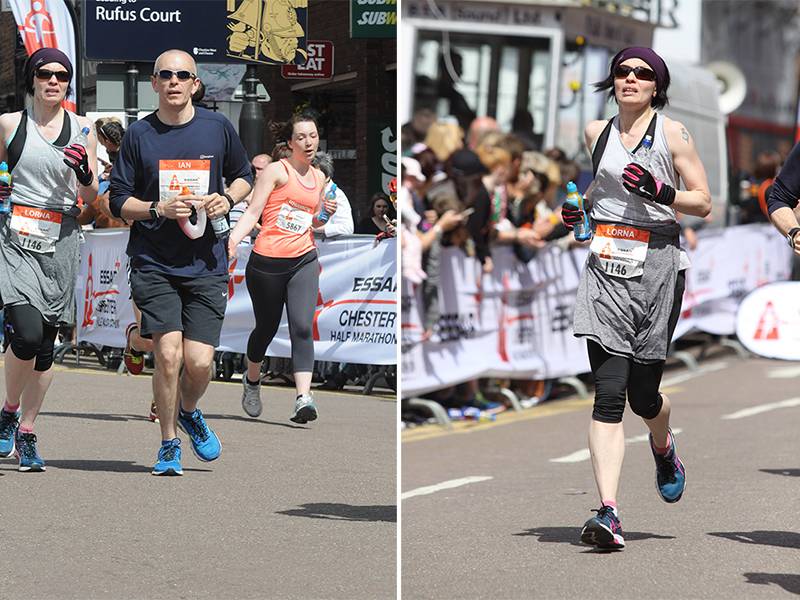 I called time on my photography business

This was something that had been eating away at me for well over a year. I’d been running my own photography business since 2010, but hadn’t been happy for a couple of years. I’d started a printing business on the side that I’d only announced to close family and friends, oh, and a bunch of strangers over the internet. But as for clients, other photographers, and suppliers, I didn’t say a word. The photography industry can be a clicky place with a fair amount of snobbery, and as I found my areas of speciality changing, the friends I thought I had turned out to be colleagues, and coffee dates, phone calls, and contact soon became non-existent. I learned that if you can’t give people what they want, they don’t want to know. There were other factors of course, and my unhappiness was due to a combination of things. I realised the industry wasn’t as shiny as I first thought and I was never quite sure where I fitted in. Printing was more practical and hands on and it soon became my escape. I wish I’d have listened to my heart sooner, but I’d invested so much time and money into my photography business I didn’t want to throw it all away on a whim. But gradually, as everything started to snowball I decided to finally announce my printing business and call time on my photography. Family, friends and past clients were amazing and wished me well with my future endeavours, but not a single person I knew from the industry even acknowleged me. Even though I already knew I was making the right decision, that kind of cemented it for me.

But something wonderful also happened. Once I’d shouted it out loud, an overwhelming sense of relief washed over me. The burden of carrying around my dirty little secret disappeared and I felt light again. I’d been a photographer for so long, that I’d become terrified of people thinking I was a failure. When in fact, I’d just fallen out of love with photography. 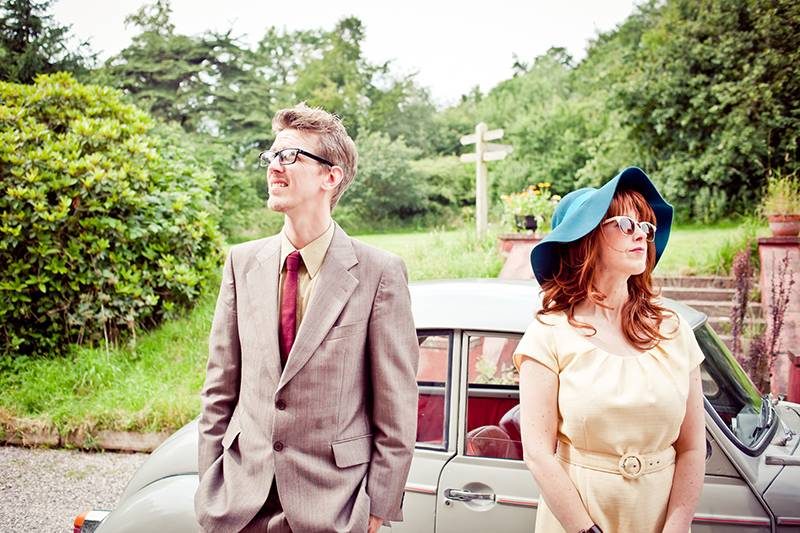 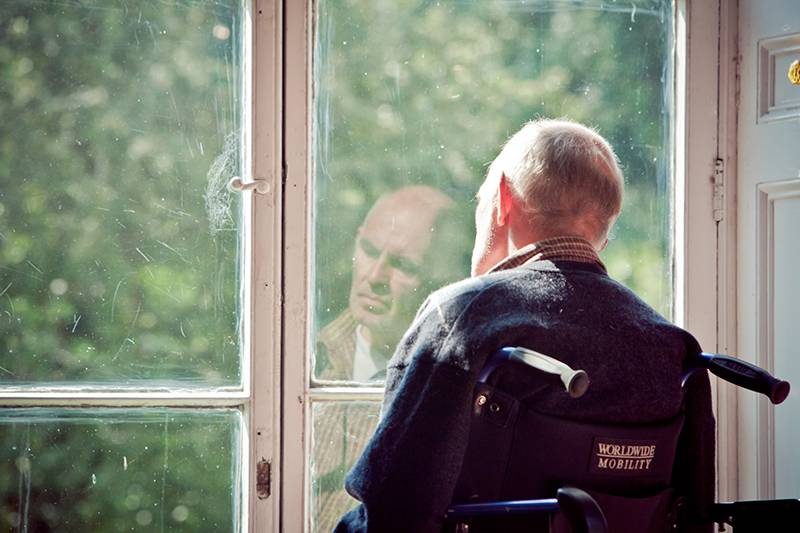 I love being outdoors. Walking, exploring and breathing in the fresh air. Come rain or shine, I love nothing more than taking a walk. Unfortunately, I don’t always allow myself the time to do the things that inspire me and help feed my creativity. But last year I made more of an effort to go outside, breathe deep and explore. The Lake District, Malham Cove, Powis Castle, Yorkshire Sculpture Park and Dunham Massey were just some of the places I visited. And even though I don’t like golf, I finally visited the driving range at Trafford Park. I’d somehow convinced myself that hitting a golf ball as hard as I could would be a good way to relieve some stress. As it turns out there’s quite a bit of skill involved in hitting those little white balls, and I didn’t enjoy the experience as much as I thought I would. At least I can strike it off my list.

I embraced my inner baker

If you asked me to cook for you I would laugh in your face, then immediately press speed dial on my phone and call my local Indian takeaway. But ask me to bake, and I will happily stand in a kitchen. All. Day. Long. For my birthday, Ian bought me ‘The Naughtiest Vegan Cakes in Town’ by Ms. Cupcake. It’s the best book ever, and on a Sunday afternoon, I found my new favourite thing to do was whip up a batch of red velvet cupcakes or some brownies. Totally yummoid. 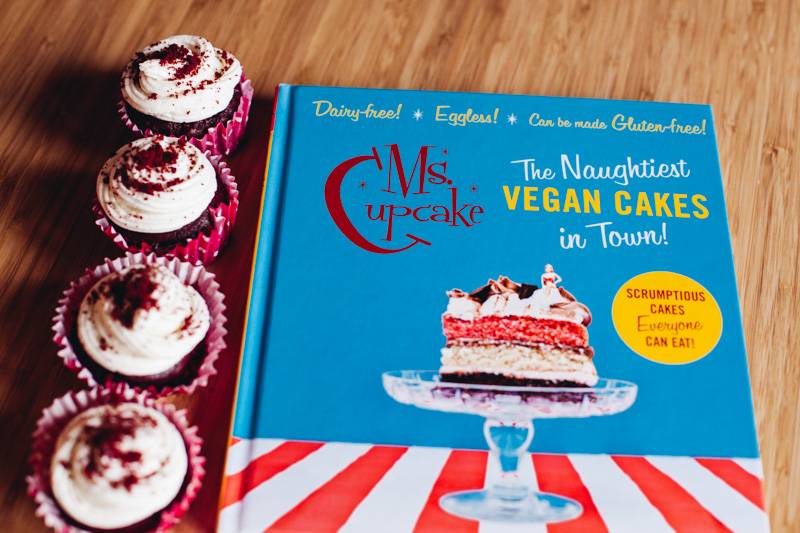 I completed a writing course

This had been on my list for so long, but I kept putting it off. I would scrutinise course after course, finding things wrong with every one of them and convince myself I couldn’t afford them, they weren’t right for me, or I wasn’t good enough (the reason would change from day-to-day). Finally, I stumbled upon Untamed Writing run by Karen Marston. Bingo. Something resonated with me and after a few emails back and forth, I signed up to Karen’s Start Content Writing Course. I have to say, it’s one of the best things I did last year. 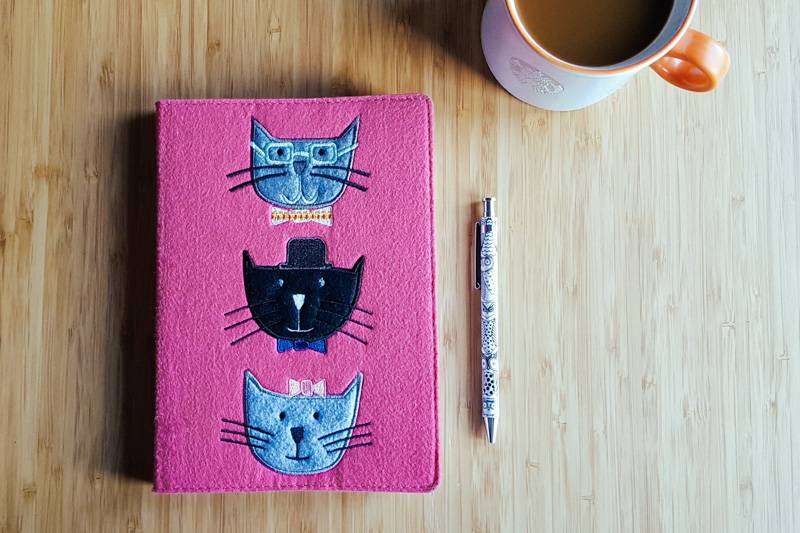 This was a biggie last year. We’d been in our old house for 12 years and although we started putting plans into motion in 2014, it took until the end of 2016 for it to finally happen. I’d been struggling with sciatica, pinched nerves in my back, problems with my hips, other ongoing back pain and then last year I also injured my feet during the half-marathon. As I was responsible for doing most of the work on the house to get it sale ready, things started to slow down while I had to ease up. Eventually, it went up for sale in August and sold quickly. There were a couple of hiccups after that, but finally, on 30th November, we moved into our new house: a 3-bedroomed bungalow that needed completely renovating. There’s a whole blog post to come on that soon. 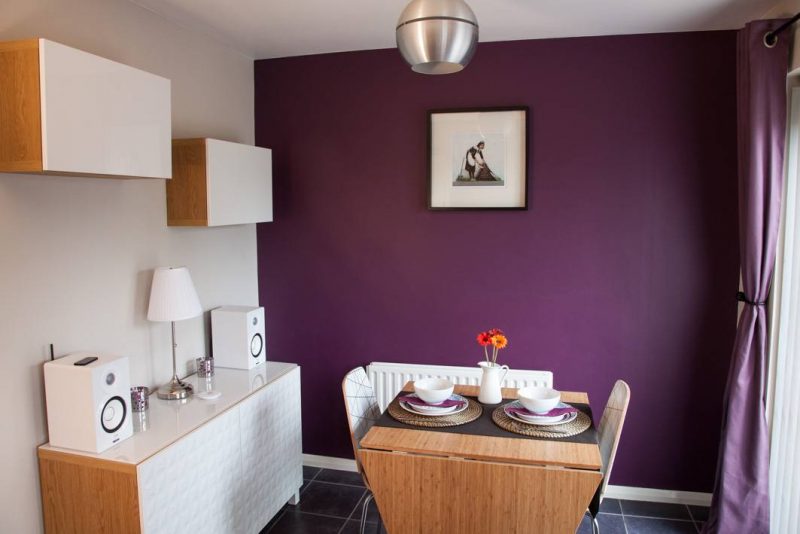 Unfortunately, 2016 also came with a lot of overwhelm. My cat suffered a burst blood vessel in her right eye, which meant in April she had to have it removed. She was just a few weeks away from her 18th birthday and already had several other health issues, so I must admit, when we dropped her off for her operation, I quietly said my goodbyes. Even though the vet said she was a candidate for surgery, part of me thought she may be too weak for the anaesthetic. But like a trooper she pulled through, adapted well, and since we moved house has become a little lap cat. Something we never thought would happen in a million years! 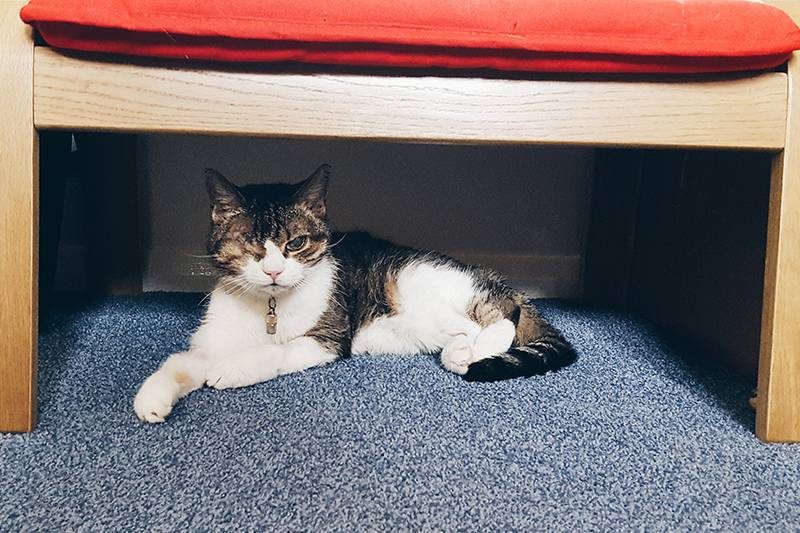 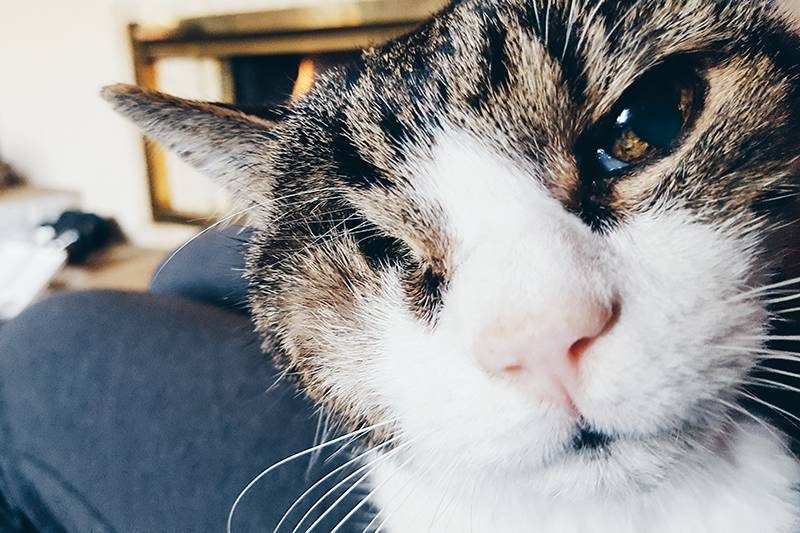 After deciding to go full-time with my printing business, I remembered how difficult it had been starting a photography business. I spent many sleepless nights staring into the darkness while my monkey mind tortured me, and I deliberated long and hard over whether I’d made the right decision – but I believe I did. There’s still a long way to go, but at least I’m enjoying what I’m doing now. 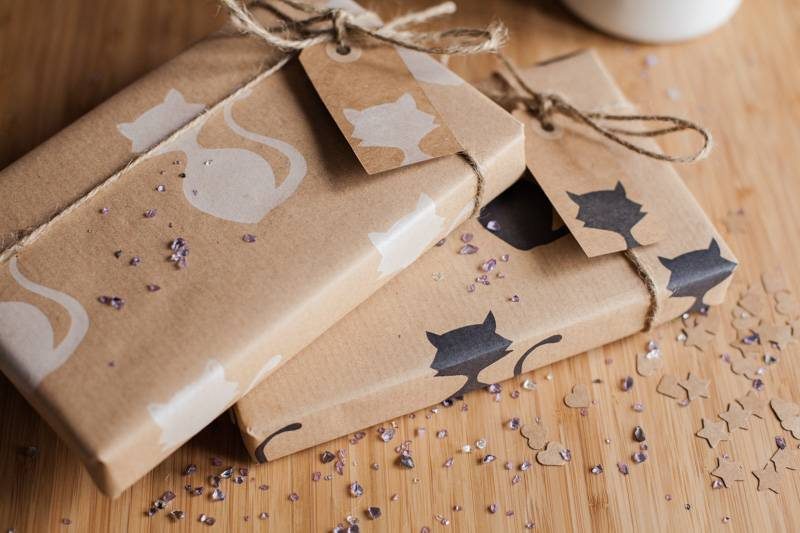 My dad had a fall at the end of September and there’s nothing worse than missing a call from your mum, immediately followed by a text message saying ‘phone me it’s urgent’. Arriving at the hospital before the ambulance did didn’t help matters either, pacing up and down awaiting its arrival wondering what the hell was going on. It turned out he’d broken his humerus and he ended up spending a week in hospital. Recovery is ongoing, with physio now taking place as well.

Owning too many things

When we finally started packing up the house I realised just how much stuff we owned. It’s always been something I’ve struggled with, but having to sort through it all took my anxiety to a whole new level. And even though I threw a lot of things away, there wasn’t enough time to have a proper clear out, so we ended up bringing a lot of it with us. Let’s just say over the coming months Ebay and the local charity shops are going to be very busy.

Taking on too much

As always, I took on too much. I spent most of the year convincing myself I could do everything, rather than trying to concentrate on one thing at a time. I was fighting a losing battle of course and by the time August arrived, I finally had to give in and choose a point of focus. I picked my printing business and as it happened, this turned out to be the best decision I could have made. Finally, I saw things starting to shift as changes started to happen. 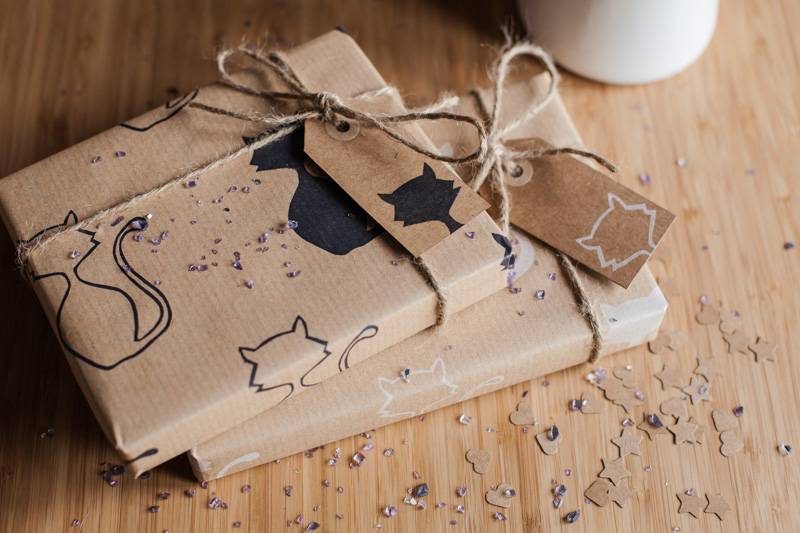 So far, I’m easing myself in gently. I’m spending time getting organised and planning for the next few months. I still have a lot of things I want to do this year, and with a house to renovate as well, I realise there’s still plenty of room for overwhelm! However, I’ll be approaching things a little differently over the coming year, and with a little bit of careful planning, I’m hoping to stay on track.

How’s your year shaping up so far? 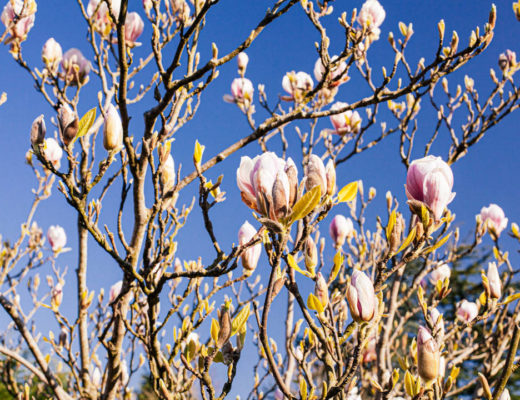