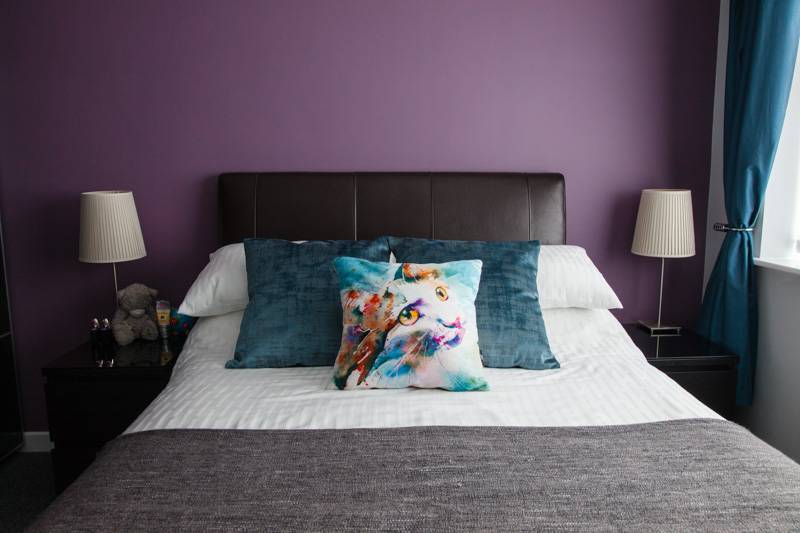 If you’re a regular reader, you’ll know that in November 2016 I moved into a 1950s bungalow that needed completely renovating. It was the perfect project Ian and I had been looking for – or so we thought. 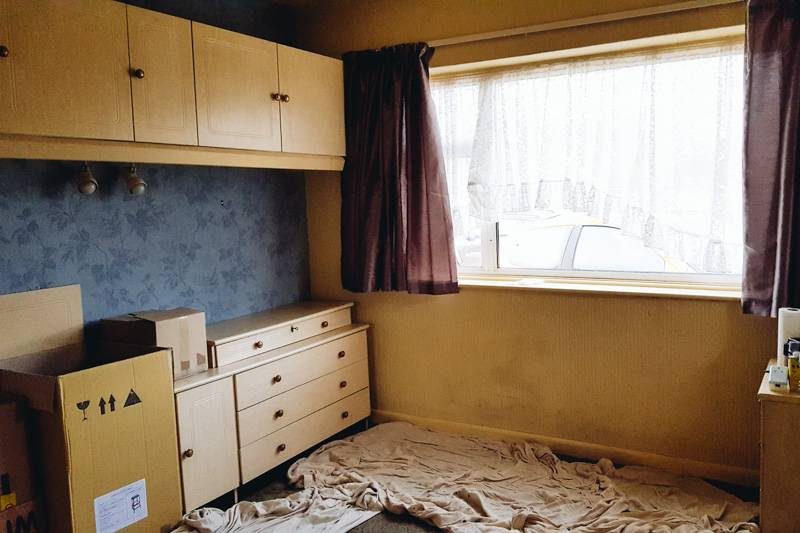 We’d always wanted to renovate a house, but talking about it and actually doing it, are two very different things. And as the months pass by, we’ve both realised that it’s not really for us. Not the renovation part – but the living in it while we’re doing it. If we were in a position to have a house to live in and a separate house to renovate, things would be a hell of a lot peachier. But we made the decision to move here, so we’re trying to make the best of the situation. 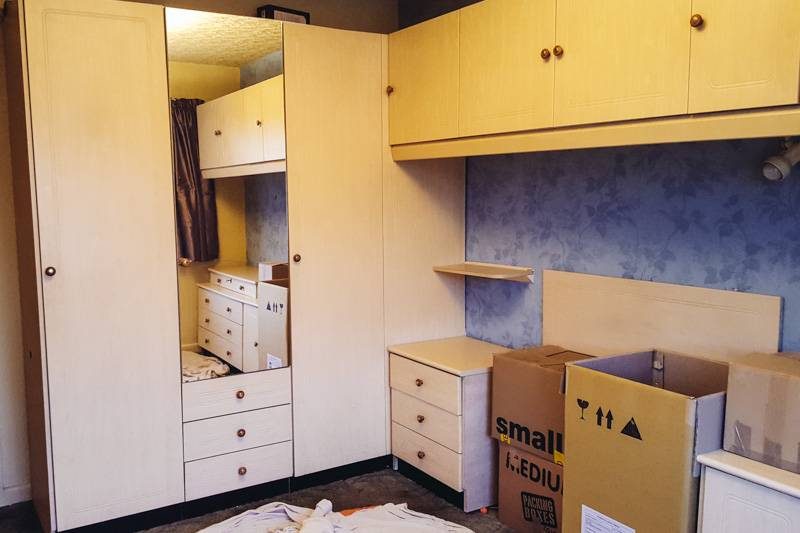 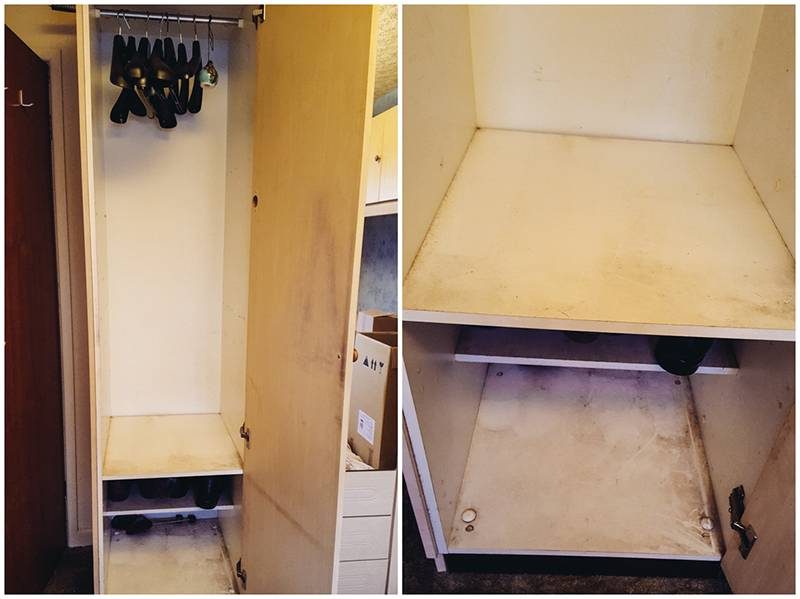 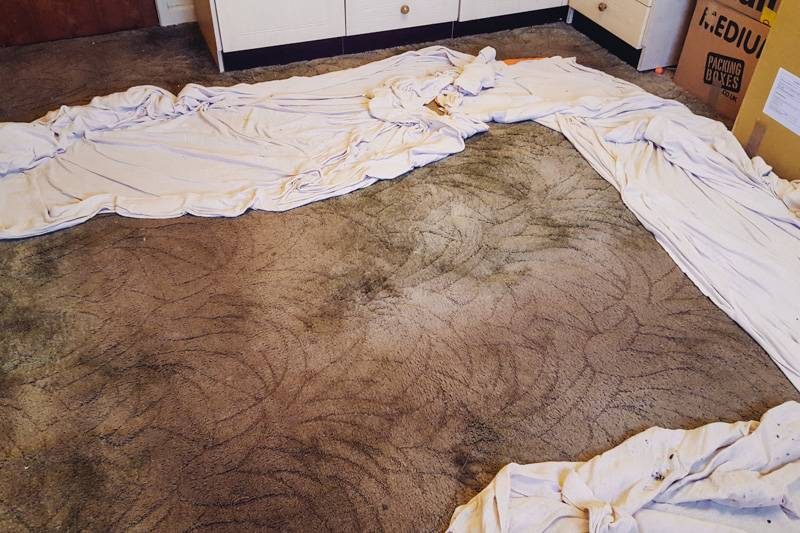 On the surface, we knew the house needed a decent amount of work doing to it. But it wasn’t until we moved in and started peeling back the layers that we discovered just how much work. It was obvious the main bedroom was filthy. The cupboards and wardrobes were vomit inducing and the carpet was so dirty, we had to put dust sheets down to walk on. But it wasn’t until we pulled the carpet up and ripped out the wardrobes we saw everything in all its splendour. We discovered holes in the floor, damp on the walls, rotten floorboards and rotten joists. Oh, the joy! We had to chisel the plaster off the walls, pull up the floor, tear out the joists and rebuild the whole bedroom. 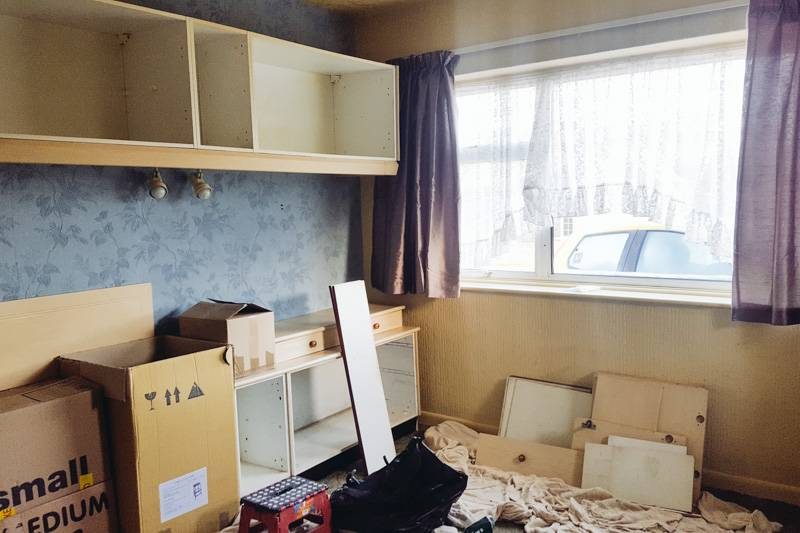 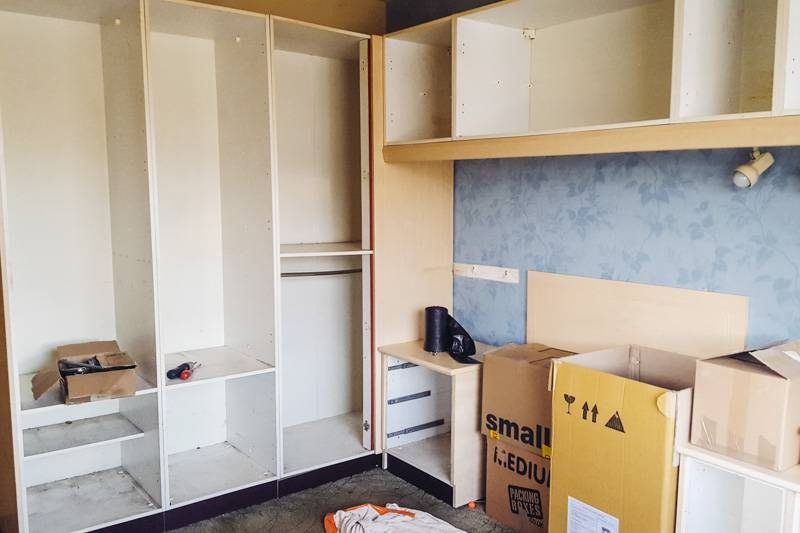 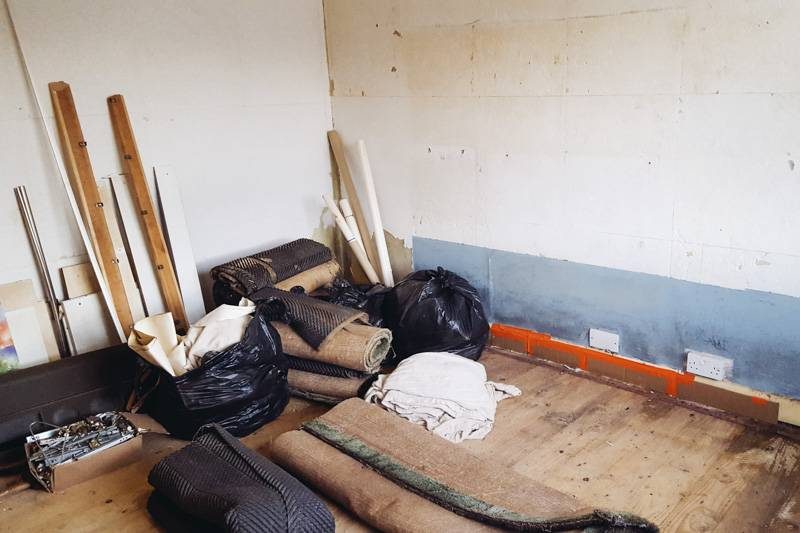 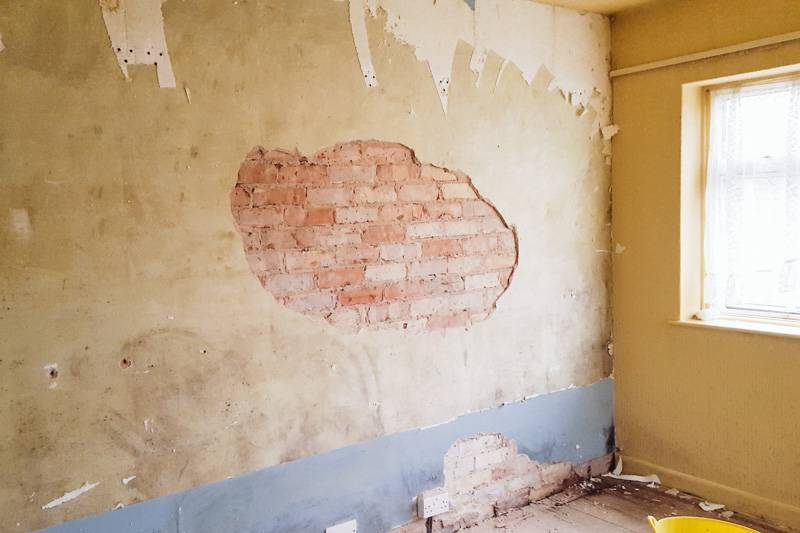 Chiselling off the plaster. 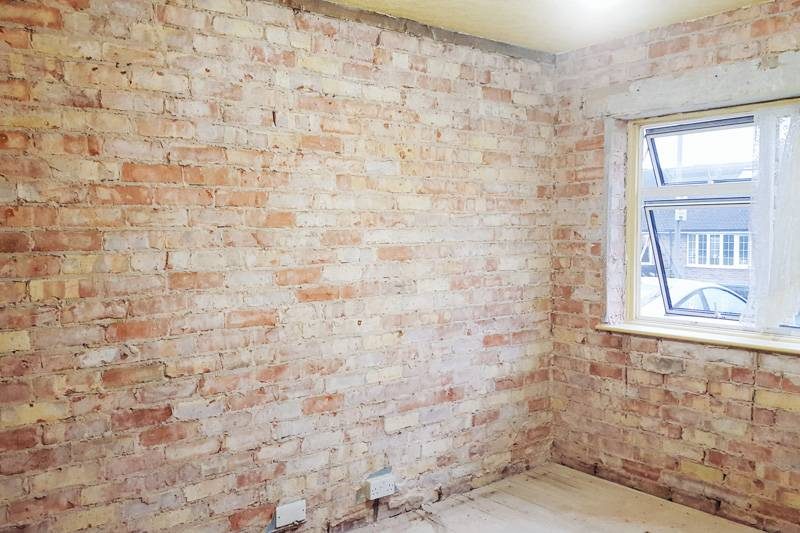 We had new joists and a new floor put in, then the walls were covered in insulated plasterboard, before having the whole room – including the ceiling – plastered. Once the plaster was dry, I covered the walls and ceiling with two coats of cheap emulsion that I’d watered down. As new plaster soaks everything up, the plasterer recommended doing this before putting on our (my) chosen colours. 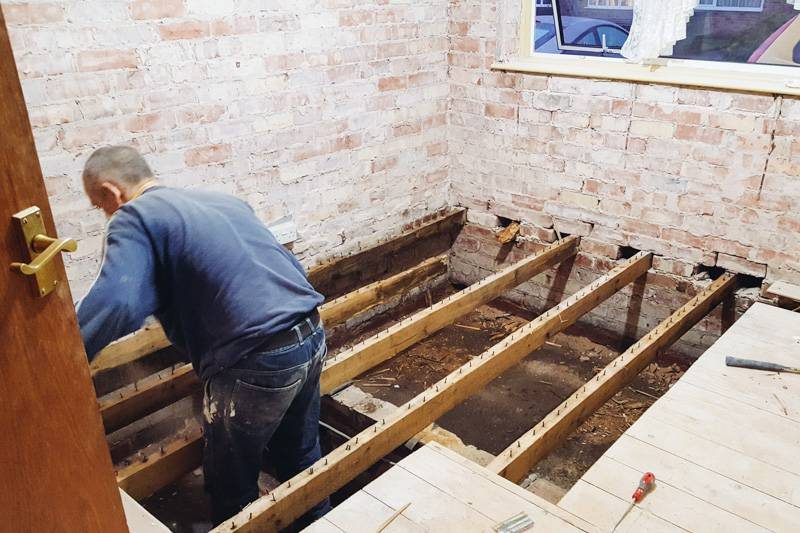 Ripping the old floor out. 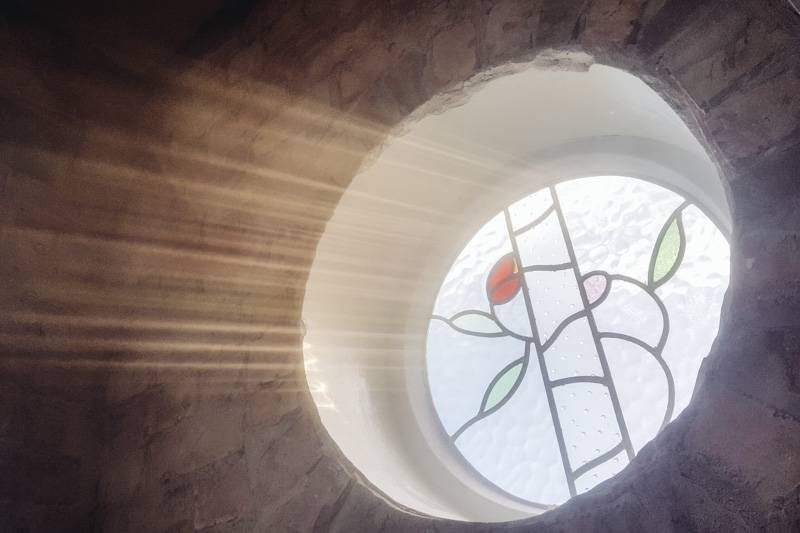 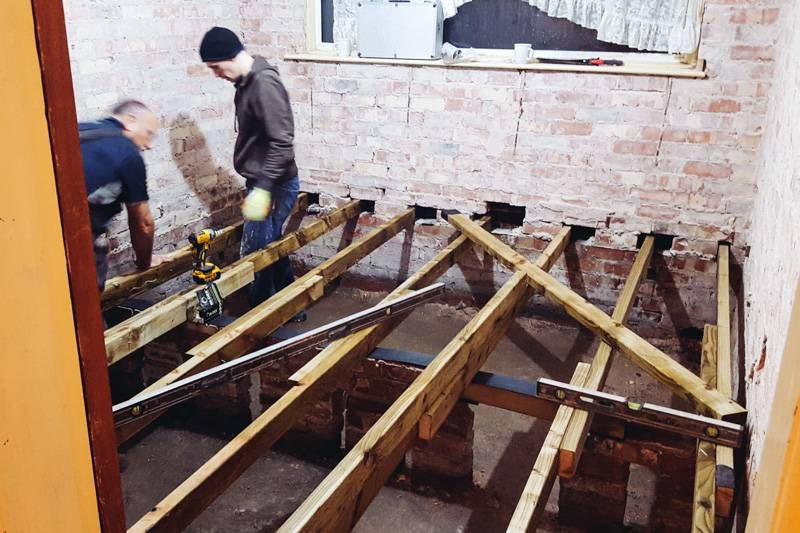 Putting the new joists in. 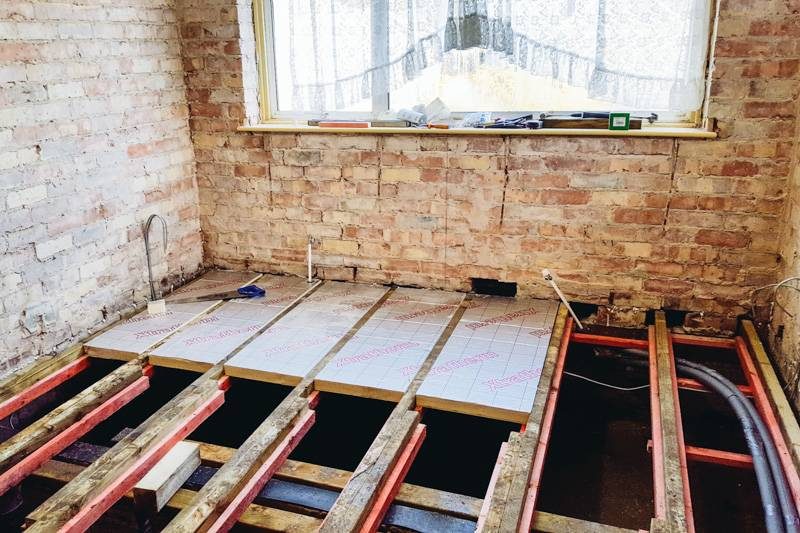 Insulation boards underneath the new floor and piping for the new radiator. 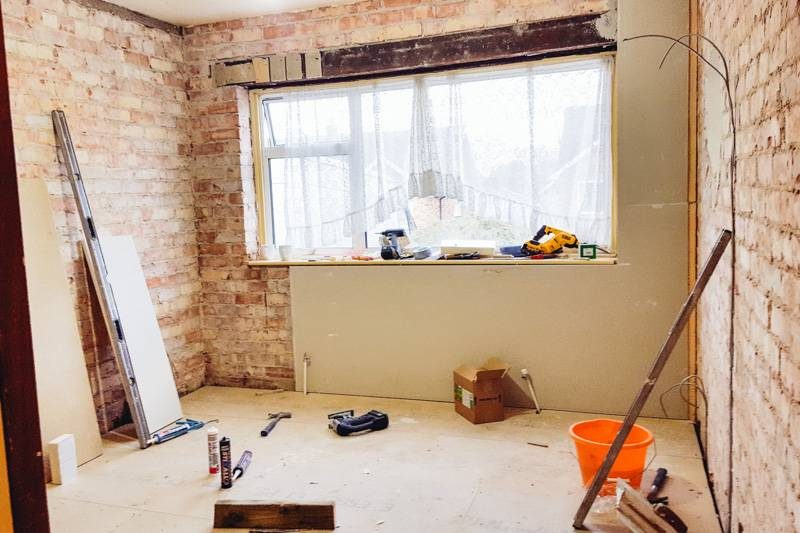 The first of the plasterboard going up.

We’ve also had new electrics and a new radiator put in too. The original radiator was on the wall as you walk into the bedroom, which didn’t make any sense, so we had a new one put underneath the window.

As you can see from the photos above, it’s been a long process, but thankfully, we’re finally there. We moved into the bedroom on Sunday and it feels like such a milestone. We just need to change the colour of the lampshades, and decide what to put on the wall above the bed. 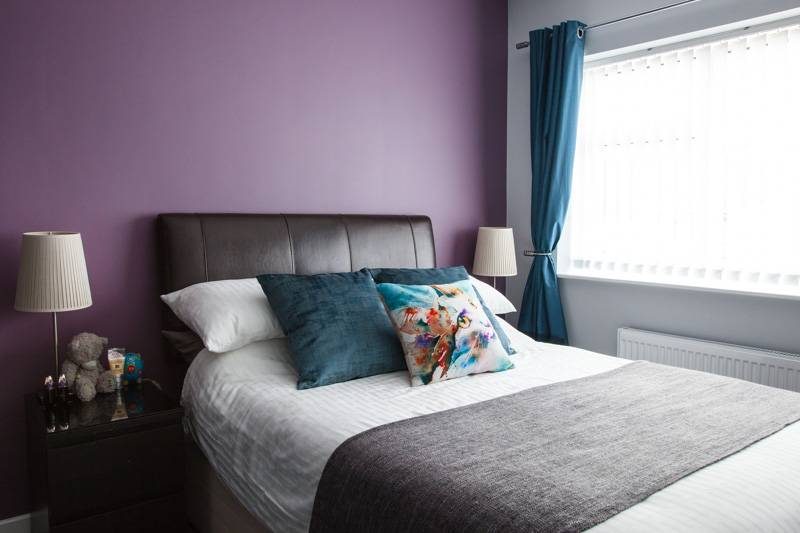 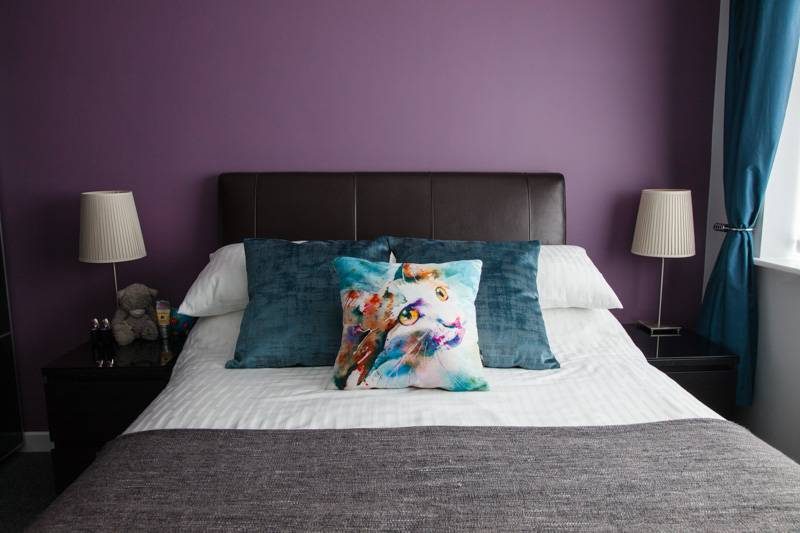 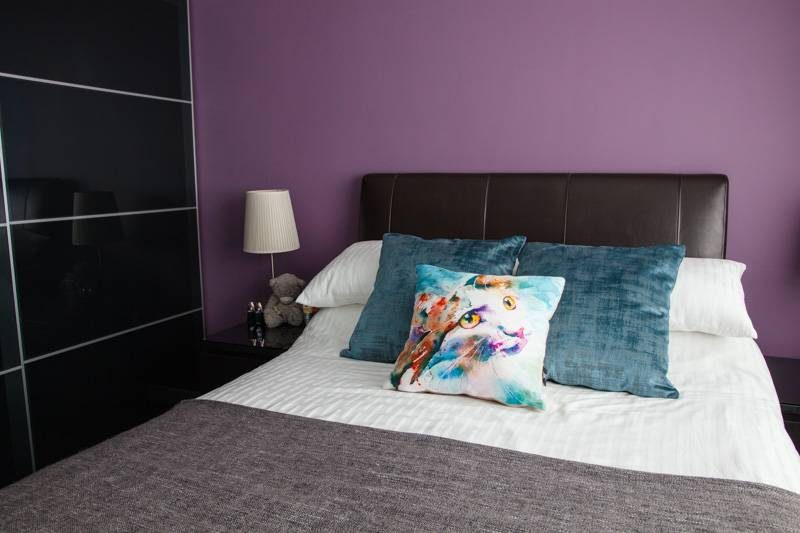 If you’re thinking of buying a house to renovate, you might want to read my blog post: 5 Tips for Living in a House While Renovating it.

All photos taken with a Samsung Galaxy S6, apart from the finished bedroom, which were taken with a Canon 5DMKII. 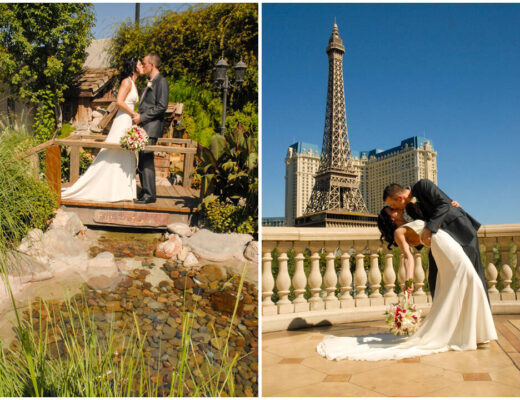 A Day Out At Powis Castle and Garden