Having fairly recently celebrated our wedding anniversary, it got me thinking about our wedding and weddings in general. We didn’t go down the traditional route as we’re anything but. Instead, six years ago, the two of us headed to Las Vegas and then spent 14 days on a mini road trip driving across the West coast of America.

I’d read many horror stories about some of the chapels, so I did my homework. I spent hours trawling the internet leaving no stone unturned, I also purchased a book called Neon Nuptials. A guide to nearly every chapel on the strip it rates them on all the important things, like the kitsch factor and the fresh test. It’s probably a little out of date now, but could probably still serve as a rough guide.

Chapel of the Flowers seemed the only way to go. A full five stars across the board on Trip Advisor, a glowing review in Neon Nuptials and it turned out a girl I worked with got married there a few years before. The wedding planner was amazing. Panic emails and calls were met with calm and reassurance. And the time difference that I first thought could be an issue during the planning stages, didn’t matter in the slightest.

We got married in 90° heat outside in a gazebo and it was exactly what we wanted. Just the two of us.

And I think that sums it up perfectly. It was exactly what we wanted.

Spending the past few years photographing weddings has been a real eye opener. Seeing so many people settle for something less than their idea of perfect leaves me frustrated. When I get asked about my wedding, people immediately respond with, “Wow, we’d love to do something like that, but my mum, aunty, grandad, neighbours cat (please delete as appropriate) would never speak to me again”. And there lies my frustration. I just want to shake them as hard as possible, in the hope that they might wake up and listen to themselves. Everyone is always going to have an opinion, but at the end of the day, it’s not about them and it’s not their wedding. The people who care about you will get over it. They might be a bit disappointed but they will respect your decision, give you a great big bear hug and wave you off at the airport.

Ian and I spent many years not wanting to get married, but we always said if we did, Las Vegas would be the way to go. And when the time came we did it, just the two of us.

I’m not saying that everyone should jump ship and elope, as I know going away to get married isn’t the right decision for everyone. But if it’s what you truly want, you have to shut out all of the white noise and just do it. Life can be filled with too many regrets as it is. Just don’t let your wedding day be one of them….. 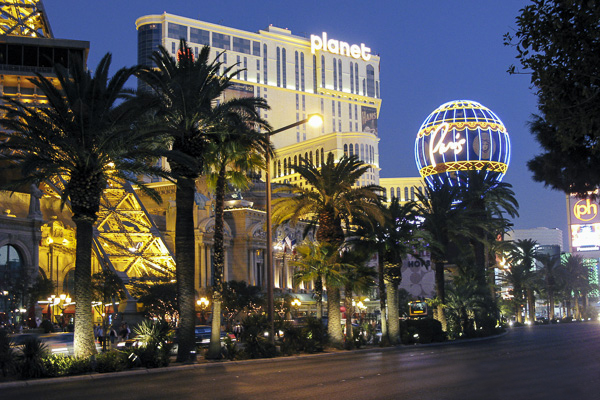 ….ramblings of a dreamer